As an historic, textile-related, charitable and sociable organisation, the Company is well set to continue in fine style into 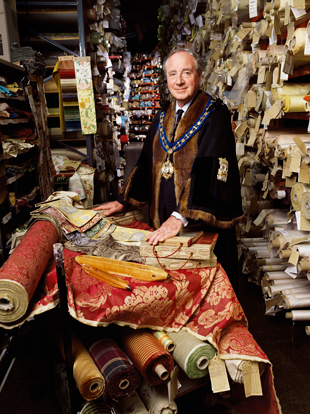 the twenty first century and beyond. It is still a Guild steeped in tradition, but is fulfilling its role today in a thoroughly modern and practical way. Many of its members are young and enthusiastic and keen to promote the work of the Company. Although it no longer controls "the art and mystery of weaving", it makes a contribution to textile education through a variety of awards, scholarships and busaries; nearly a third of the membership is involved in the textile industry.

No longer is the Company’s charity required for its needy members, but it is widely distributed through its Benevolent Fund and through its Almshouse Charities, which at Weavers' House in Wanstead offer comfortable, sheltered homes for the elderly.

The Company plays its part in the City government in the ancient ceremonial of elections in Guildhall, and in City hospitality and fellowship, especially when the full splendour of the Church, the City and the Livery Companies comes together each year for the United Guilds' Service.